Lynbrie Storm is a part-bred Welsh Cob. We don’t know what his other part is, except that his mother was called Shadow. Like Tippy, he was a millennium foal. He came to live here in 2009 via the New Forest sales. Storm is lots of fun and keeps us entertained with his inappropriate sense of humour.

He is a creature of habit and does not like his routine to be altered. He expects his breakfast at 7 am, followed by a lie down, after which he likes to be taken to the muck heap at 9.30 for a poo.

He has a huge fan club which includes riders and spectators.

The story of his life in this riding school is now on sale. 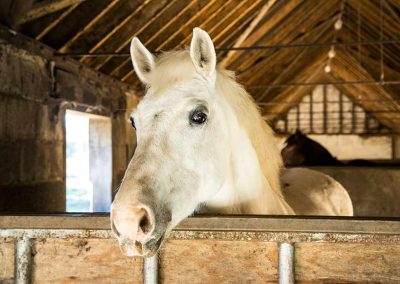 Storm in the stable

Storm arrived at the riding school, via the New Forest Sales, as a timid, nervous nine-year-old. He surprised us all with his athleticism and his inappropriate sense of humour. Storm still likes to entertain us whenever he can.

This short book is his true story, written for teenagers and adults, who, like me, have not outgrown their pony stage.

Storm’s Story is available to buy now from Amazon, from Waterstones and direct from Lucy at the riding school.

Meet the hard workers in the school.

My books Miranda’s Story and Storm’s Story are now available.

Riding lessons on my own quiet, well trained horses and ponies.

Enjoy the open space of the South Downs 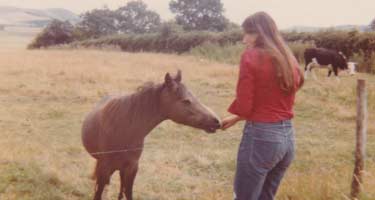 A visual history of the last few decades.